You are donating to : Visually Impaired Walking Canes

• Nearly 2,900 young women and men are members of the Cuban National Association for the Blind and the Visually Impaired • There are 119 libraries and special reading areas for blind people in Cuba • Walking cane cost is $10

Thanks to your help, we were able to work with the Cuban Council of Churches and the Cuban National Association for the blind to distribute 1000 canes. The cost of a walking cane is $10.

No longer isolated and immobilized, these canes give the visually impaired freedom and independence in their daily lives. 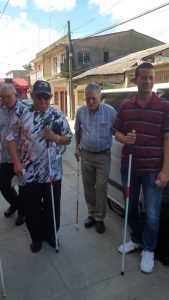 UPDATE: By 2019 we raised enough funds to send 1000 visually impaired walking canes to the National Council of the National Association of the Blind of Cuba (ANCI) through the Cuban Council of Churches. Though the need is still great, we want to thank everyone who helped make this happen!

On March the 4th 2016 the World Day of Prayer for the very first time was hosted by the church of Cuba.

For the past 25 years it has been my privilege to partner with the churches in Cuba and witness a great revival.  When I first came there were a few hundred churches on the island and now by a move of God’s Spirit there are now thousands of house churches filled with new Christian children.

But like anyone who has worked in the nursery or kid’s programs knows with children there is a lot of caring that needs to take place.

The areas of care that we have been focusing on are as follows: Community Health; Sustainable development;   Ministry to the physically challenged;   Emergency relief and development; and Biblical education.

Ministry to the physically challenged is a walking cane for the visually impaired or a barber kit or sewing machine to work at home.

Emergency relief can be putting roofs on houses after a hurricane or helping with a clean water project.

The call of the World Day of Prayer is grounded in the ideal that informed prayer leads to prayerful action and I can say amen to that statement because it was in prayer more than twenty five years ago that God broke my heart for the people of Cuba.  Who through no fault of their own have been cut off from help they need from their family of God abroad.  This resulted in my own call to action and so I have been partnering and going for the past 25 years.

For this World Day of Prayer hosted by the women of Cuba, we have partnered with Rev. Joel Dopico the President of the Cuban Counsel of Churches and call you to action about a very special project.  There is an urgent need for walking canes for the visually impaired. For many years there has been no supply of new canes available and now there are over two thousand children and adults who are in need of a cane. Would you prayerfully consider sponsoring a cane or two at a cost of $25.00 for the visually impaired of Cuba?

James 2:26 says “faith without works is dead” would you quicken your faith and help God’s children in Cuba. 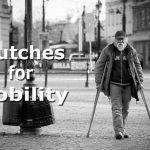 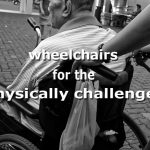